Born in Paris in 1978, she practiced classical dance as a child.

She studied History and Political Sciences and got acquainted with the Arabic language. Between 1999 and 2003, she went to Beirut to trace the history of a Lebanese French-speaking magazine, L’Orient- Express, in Cairo where she worked for the French Cultural Centre, and in Palestine to launch, together with children from Hebron, a reflection on the state of bodies in threatened, occupied or deserted spaces (Montreuil Collective Tiens V’là Encore Autre Chose).

In 2004, after two years spent as part of the UNESCO Social Science department in Paris, she decided to give priority to her artistic practice and joined the 2nd cycle of P.A.R.T.S, a contemporary dance school in Brussels run by Anne Teresa de Keersmaeker. There, she discovered her taste for collaboration – Andros Zins-Browne, Eleanor Bauer – and that of putting together for herself texts and movements, which she did by creating two solos, Champ/Contrechamp and Tout va bien. In their own way, they both question subterranean processes of naturalising reality.

In July 2006, she joined the Company Maguy Marin/National Choreographic Centre (Rillieux-La-Pape) for the new tour of May B. She was involved in the new tour of Umwelt and in the creations of Turba and Description d’un combat. With the collective Cocos – Bojana Cvejic, Jefta van Dinhter, Mette Ingvartsen and Jan Ritsema – Breading, brains and beauty was created, a theatre production in keeping with film and radio.

In June 2009, she published L’Orient-Express: Chronique d’un magazine libanais des années 1990, with Presses de l’Institut Français du Proche-Orient, Beirut, a work in which she refers to the main analyses from her Master's dissertation in History, extended with a reflection about political changes which prevailed in Lebanon between 2000 and 2009 (cf-1) .

Between 2010 and 2012, she dedicated herself to staging Wagons libres (creation February 2012, Parc de la Villette (cf-2) , Paris) inspired by a conversation protocol referred to as "future archives" (cf-3) : "we are in 2030, and we remember today". In a spatialized and deconstructed form of documentary – sound and visual archives, working notes, voice over, testimonies, framing and focusing –, Wagons libres calls into question the making of History, and how to turn it into a narrative.

Between 2012 and 2014, she co-directed Variations orientalistes (creation April 2014 Festival Spider, Les Subsistances, Lyon (cf-4) ) with four collaborators (Mary Chebbah, Renaud Golo, Pascale Schaer and Vincent Weber), who have never been to Lebanon in their "real" life. She offered them to go on stage to speak about their stay in Lebanon: a fictional criticism concept through which the making of our representations appear, as well as the fantasies specific the bodies of these four Europeans, resulting from the orientalist legacy and its contemporary renewals.

In 2013, she won the "Hors les murs" programme by the Institut français with the project Vestiges et présages, a stage tool laboratory in collaboration with the Lebanese theatre collective Zoukak and the actress Virginie Colemyn.

During the season 2014/2015, she was the dancer/performer of the creation Here, Then by Rémy Héritier and Marceline Delbecq (creation November 2015, Le Vivat-Armentières).

In February 2015, she co-directed, with Yvonne Debeaumarché, the film "Reims 2034", as commissioned by Stéphanie Aubin and Bénédick Picot, respectively manager and deputy manager of the Manège de Reims, in order to question the future of Reims, as a symptomatic town of the good and bad fortune of the History of France, both past and present.

In December 2015, in collaboration with Nesrine Khodr, Lorde Selys and Pascale Schaer, she directed Ellipses, conversation avec Omar Amiralay, a video-installation weaving together the futuristic interview of the Syrian filmmaker and some clips from his films, thus shedding light on his narratives and filmmaking strategies for the reading of History (co-produced by the Beirut Art Center).

In 2016, Sandra Iché was selected among the alumni of P.A.R.T.S to get in the support of the European project network [DNA].

She regularly runs workshops which combine research and artistic tools (writing, acting, choreography), as part of the syllabus of the Master's degree in New performative practices de DOCH (Stockholm School of Dance and Circus) and the Université d’été Euro-Méditerranéenne organized by the Université Libre de Belgique (Belgium).

She lives between Beirut, where she co-founded Mansion, a collective house hosting artists, researchers (cf-5), and activists , and Lyon, where she is the founding member of LIEUES, an experimental space for research and artistic creation (cf-6), and rodéo, a multidisciplinary magazine, a platform to share academic and artistic practices (cf-7).

Parallèle supports Sandra Iché in production and distribution of Droite-Gauche (2018).

As a way for Sandra Iché to work on history with the tools of the fable (what happened, what could have happened, what might happen) and the stage (rhythm, space, body), Droite-Gauche is both the exhibition of a research and its choreographic and theatrical putting into play. This project combines the work methods of many collaborators. A philosopher, a dancer, a historian, an actor and even a sociologist question together our positioning mechanisms in the world and within power relations. A reconstruction of individual and family trajectories in 19th and 20th century France and Algeria, conversations with men claiming they are «right-wing», translation games with people currently learning French are some of the ways through which Droite-Gauche examines the physical and political orientation of a body in the spaces it walks across. 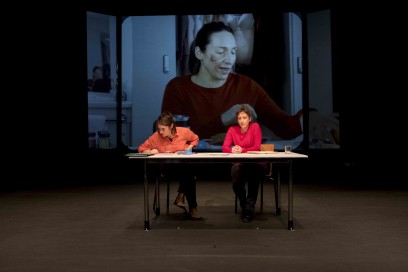 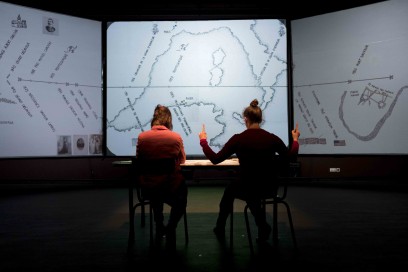 For these Variations orientalistes, a series of stage interventions conceived as a review, Sandra Iché suggested to four collaborators, Mary Chebbah, Renaud Golo, Pascale Schaer and Vincent Weber, to go on stage and say: "I went to Lebanon and in Lebanon, I saw this and that", whereas they have never actually been there. A critical fictional framework whereby fantasies specific to the bodies of these four Europeans appear, made up of the orientalist legacy and its contemporary renewals. Through these potential Lebanons – made up of stories, images, sounds, dances -, we examine how our representations of otherness, stories and territories are manufactured, depending on whether we choose to stop them or experience their movement.

In 2000, Sandra Iché wrote a story of the Orient-Express, a Beirut French-speaking magazine from the 1990s, created and run by historian and journalist Samir Kassir. Ten years later, she leads a new series of interviews with the former collaborators from the Orient-Express, as per a protocol designed for words not to be redundant with reality but to allow for fiction: the interview takes place in 2030, and from then, we remember today. Through this both retrospective and anticipatory approach, memories become a tool de reenact the present. In a spacialised and deconstructed form of the documentary approach (mixing sound and visual archives, working notes, voice-over and testimonies), Wagons libres makes the most of the theatrical space pour tie reality to fiction and question the fictionalisation of History. 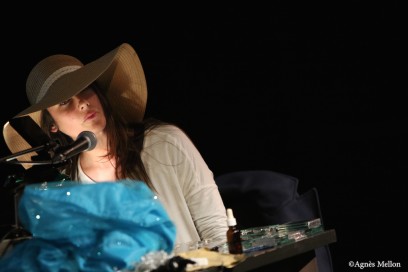 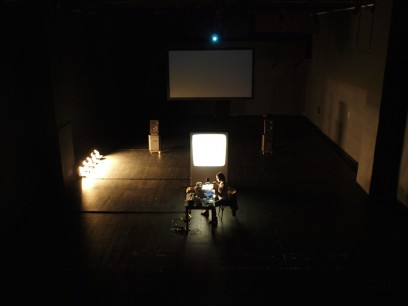 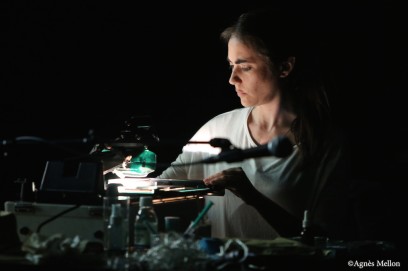