Born in Lisbon in 1983, she first registered at the CEM (Centro Em Movimento) where she took contemporary dance classes with Sofia Neuparth, Peter Michael Dietz, Amélia Bentes, and Michael J. Stewart, among others. In the meantime, she took part in workshops dedicated to acting, musical composition and new technologies applied to dance.

During her artistic training, she worked with important people such as Mathilde Monnier, Lia Rodrigues, Laurence Louppe, Lisa Nelson, Francisco Camacho, Clara Andermatt. As a performer, she worked with Olga Roriz (Stand by, By me, Caryatides) and Amélia Bentes.

She graduated in Dance Performance from the Lisbon Dance Institute in 2005, she was rewarded at the choreography competition as part of the Creativity programme of the Gulbenkian Foundation.

As a choreographer, she created Umwelt (2005) and Subterraneos do Corpo (2006), rewarded by the International Institute of Electro-Acoustic Music of Bourges, REFLEX (2008), then SOLITUDE (2010).


Submerso resulted from the meeting of three artists with different disciplines.
The creation involved a series of residencies in Europe initiated and proposed by KOMM’N’ACT.

Submerso is most probably an area in your head or near the sea, whose boundaries keep changing. Its outline is blurred, what is inside it is dark. Submerso is our flaw. It's a tension that ceaselessly grows with no apparent reason. It derives from a movement, a look, a presence, between the lines of what is being said, performed, danced. 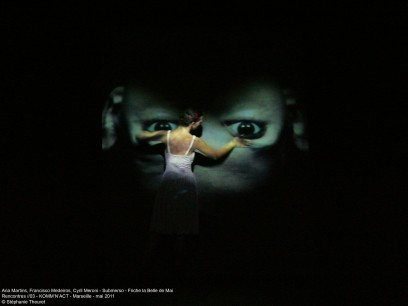 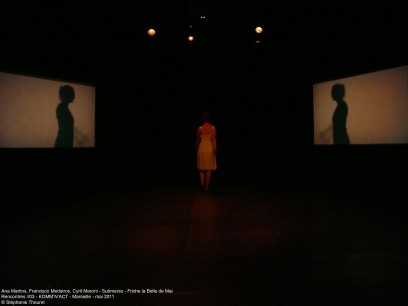 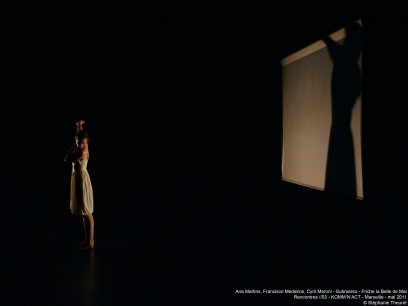 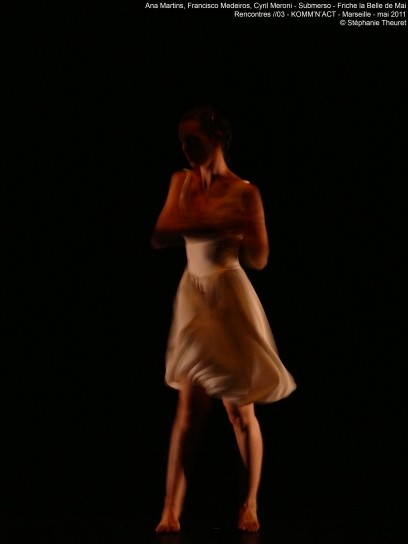 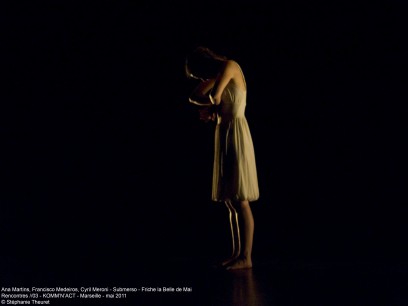 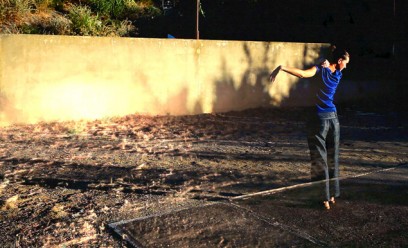 The texture.
The thickness.
The density.
The consistency.
Mobility.
Volume.
Grossness.
The skin.

Subterrâneos do Corpo is the sequence of the creation experience of Umwelt. This piece appears from a personal need to work simply the body. Centring all the attention in a body. In how can a body move by itself, without the need of a story as a pretext. Just that body, naked of any artefacts to support it. The body as a mass that acquires strange forms. The human body without the weight of the genres. A body, not generalized, that acts by itself, without wanting to tell any other story.

Subterrâneos do Corpo maintains the general concept: the focus centred only in the body, the image of the body by itself, almost unreal, equalizing an art piece, an organic mass in constant movement. This piece is the evolution of this same concept. A need to create new vocabulary to this body, so that it becomes more and more distant from the known reality. So that it transforms and transfigures more. So that the image of the human body can disappear for slight moments. 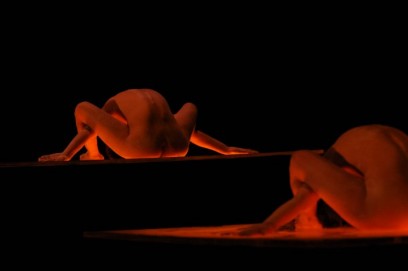